SOHA Partners– Please read our Statement on the Family Separation Crisis, which was approved by the 2017-19 board. Please share it widely with your networks. Contact us at SOHA@UNLV.EDU to learn more how you can become involved. Thank you!

The Family-Separation Crisis Is Not Over 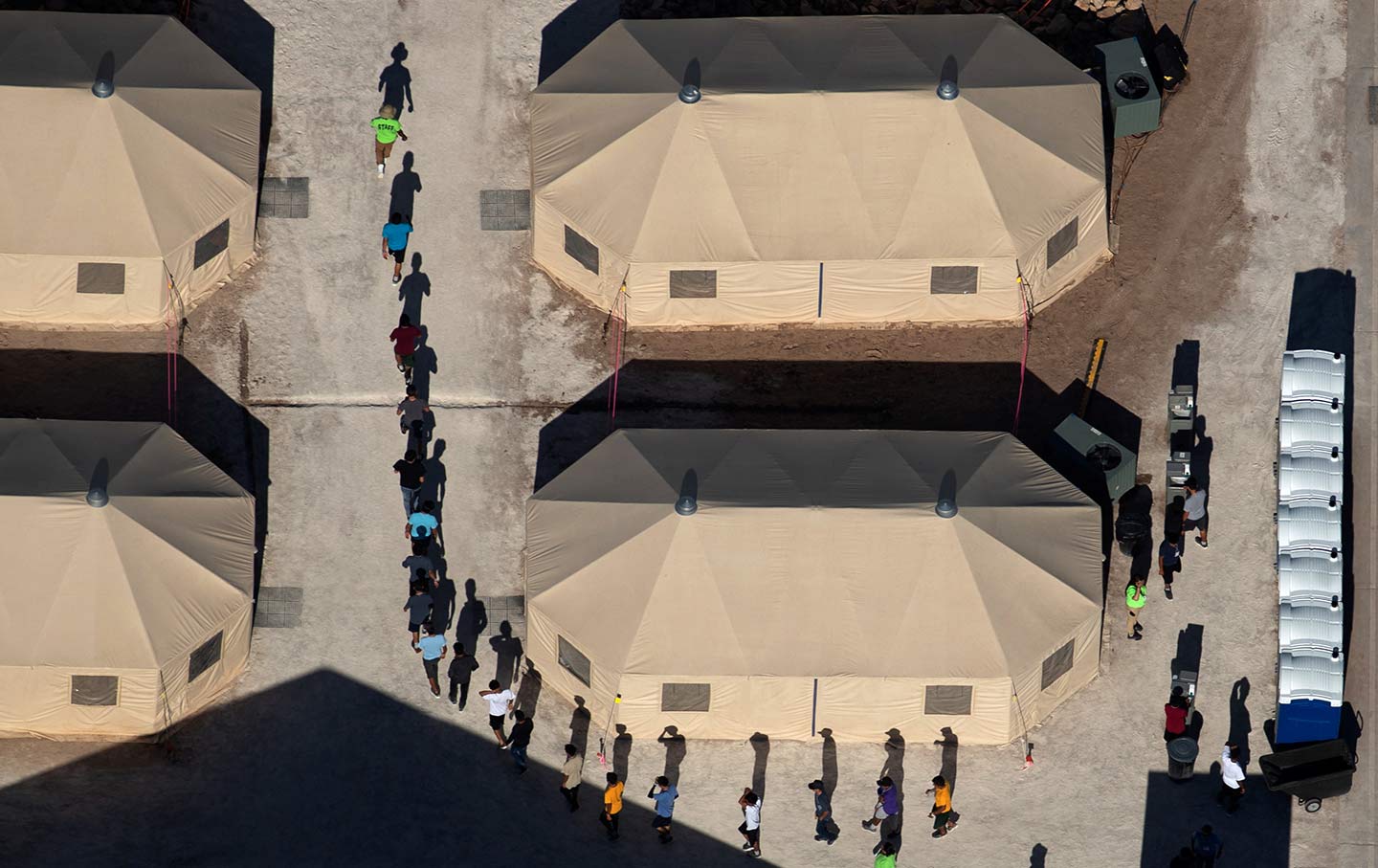 “They are also among the over 700 families who remain separated, despite a June 26 court mandate for the Trump administration to reunify the families. For those 700-some families, the separation crisis continues in a very immediate, brutal way. “I became crazy,” said Edwin, describing the first days after the government took away his son. Over the last two-and-a-half months, though it hasn’t gotten easier, the emotions have worn themselves thin, and, as he explained it to me, he’s had to find the strength to work and carry on for the rest of his family.”

Torn Apart aggregates and cross-references publicly available data to visualize the geography of Donald Trump’s ‘zero tolerance’ immigration policy in 2018 and immigration incarceration in the USA in general. We also draw attention to the landscapes, families, and communities riven by the massive web of immigrant detention in the United States.

Working nimbly and remotely from four sites in the United States over a six-day period, our small team of researchers set about identifying sources of data on immigrant detention, from ports of entry run by Customs and Border Protection (CBP), to Immigration and Customs Enforcement (ICE) detention centers, to shelters subcontracted by the Department of Health and Human Services’ Office of Refugee Resettlement (ORR) to care for children in their custody, to the financial trails left by a network of public, private, and non-profit organizations complicit with the complex infrastructure of immigrant detention in the United States.

Our sources for obtaining the data were varied. Those we worked from included a FOIA-ed list of ICE facilities, publicly available lists of CBP sites, data sets of ICE detainee hearings, state childcare licensing databases, government grant awards lists, and USASpending.gov . We cross-checked our data through non-governmental sources as well: news reports about immigrant detention, business databases, tax documents for non-profit organizations, job advertisements, Google Maps entries, Facebook Places, and more. All of our data has been verified through a minimum of two sources, at least one directly from the government.

What our data reveals is a shadowy network of government facilities, subcontractors from the prison-industrial complex, “non-profit” administrators paid over half a million dollars a year, and religious organizations across the country that, together, prop up the immigrant detention machine. Immigrant detention is a multi-billion dollar business and it’s happening in our own backyards. The crisis for immigrants in the United States is not only happening at the Mexico-United States border or other ports of entry. Rather, the border is everywhere.

This is not to say that Torn Apart, now in alpha release, paints a complete picture of immigrant detention. Like all maps, ours is a representation of data, reflecting choices we made while designing visualizations. For example, a simple decision to place data points in the foreground rather than in the background offers a very different reading of the locations of ICE detention centers, as the map below demonstrates.”

Who Is Making Money from ICE in Your State?

“Hundreds of for-profit and nonprofit corporations have pulled in billions of dollars worth of ICE contracts in recent years. See where these ICE operations take place and where the corporations are headquartered.” Read more here: https://readsludge.com/2018/07/06/who-is-making-money-from-ice-in-your-state/

ACLU: Under half of child reunions will meet Tuesday deadline

“The American Civil Liberties Union said it appears the Trump administration will miss a court-ordered deadline to reunite young children who were separated at the border with their parents in more than half of the cases. The ACLU said late Sunday the administration provided it with a list of 102 children under 5 years old and that “appears likely that less than half will be reunited” by Tuesday’s deadline.” Read more here:

“We are part of an international movement calling for an end to cruel and inhumane immigration policies.”

ENGLISH: Families Belong Together opposes the cruel, inhumane and unjustified separation of children from their parents along the U.S. border with Mexico and at other ports of entry into the U.S.  We protest the conditions in which these children are kept. We protest the irreversible trauma that has already been perpetrated on these children and their parents for the crime of seeking a better life.

To separate immigrant families, victims of violence, hunger and poverty, is to re-violate them. Children as young as 18 months are torn from their mother’s arms by the U.S. government. This is violent abuse. These families are victimized again by the government to which they turn for help. Families Belong Together opposes the inhumane policies of the Trump Administration, Border Patrol, and I.C.E. and calls for immediate reform.

Visit the Center for Oral and Public History website for updates.

Invite your community to participate in this event. We hope to see you there!

Jennifer Keil, President of SOHA and Founder of  70degrees.org. Please contact her for this site and social media accounts.